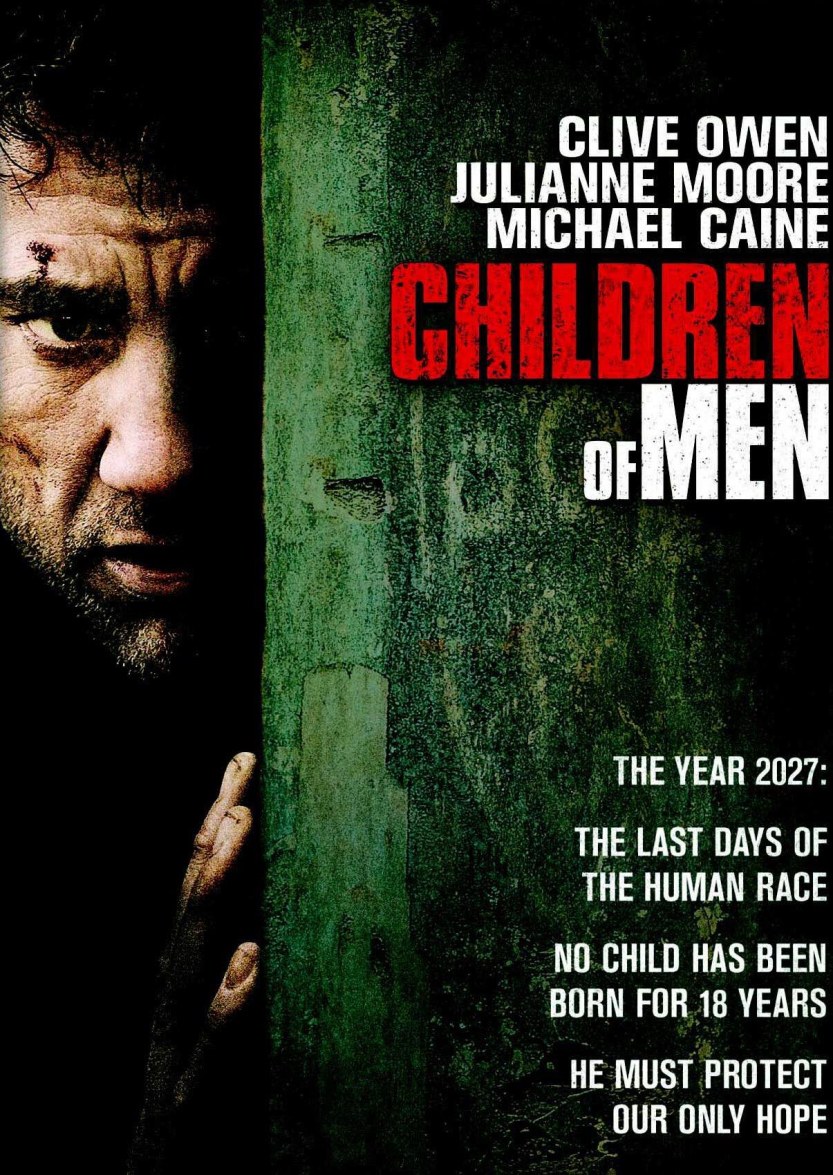 “Very odd, what happens in a world without children’s voices”

In its depiction of the “not so distant” future, Children of Men does wonders in portraying a world corrupted by the suppression of the hierarchy.

Its London. The year is 2027. Society is facing eighteen years of infertility and is on the brink of collapsing. Asylum seekers travel to London in pursuit of a better life but instead are faced with detention centres and death. In the midst of all of this Children of Men follows the fascinating story of former activist Theo Faron (played by Clive Owen) as he attempts to transport asylum seeker Kee (played by Clare-Hope Ashitey) to safety.

In a documentary-style approach, director Alfonso Cuarón attempted to create the feeling of real space and time throughout this film which is what makes it such an interesting watch. As well as the futuristic storyline that plays upon real fears in society (the current migrant situation being a clear example of this), the cinematic elements very much allow us as audience members to become invested in Theo’s mission.

One technique used by Cuarón was the use of multiple single-shot sequences. Seen in films such as the award-winning 1917, this technique is known to be extremely challenging for both actors and directors. However, despite the possible issues Cuarón was able to create and use many of these shots, with one being the battle scene nearing the end of the film. This shot lasted 6 minutes (the longest in the film) and for me was by far the best scene in the film.

An additional element that makes this scene so innovative in my eyes is the blood splatter which occurs on the camera a few minutes in. Initially occurring as an accident during filming, cinematographer Emmanuel Lubezki convinced Cuarón to keep the shot in the final edit, and thankfully he did! Therefore, it is no surprise that the film won a BAFTA for ‘Best Cinematography’.

To summarise, if you are a fan of a good sci-fi film or have a keen interest in cinematography, then I would definitely suggest that you watch Children of Men. As well as its expert filming it also includes an extremely engaging storyline and an ambiguous ending which allows you to create your own interpretation of what happens next…