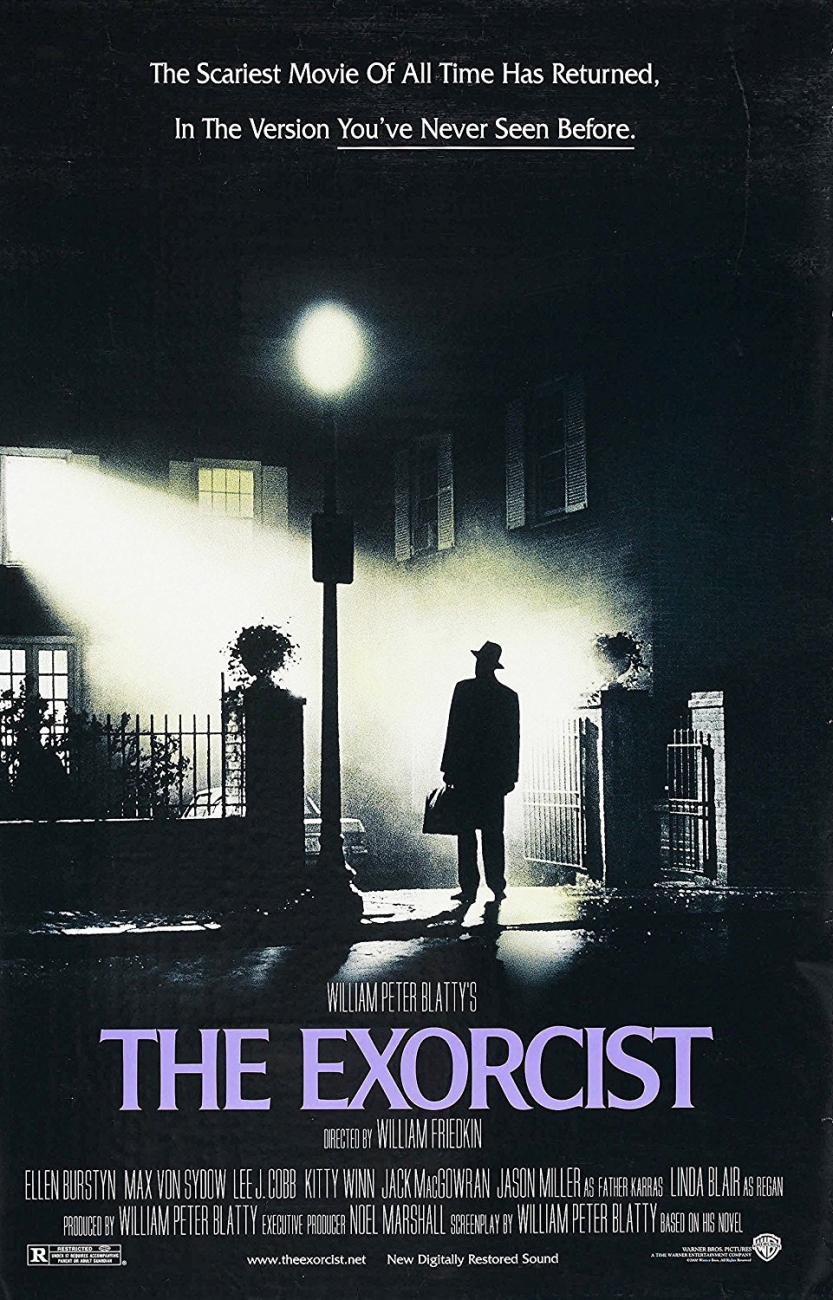 “What a wonderful day for an exorcism!”

Considered by many as “the greatest horror movie of all time” The Exorcist paved the way for the horror movie genre.

After many years of hearing about The Exorcist, I thought it was finally time for me to watch this piece of cinematic history. I found the film’s storyline intriguing, but its cinematography is what made the film memorable in my eyes.

Based on the novel ‘The Exorcist’ by William Peter Blatty, which was inspired by the 1949 exorcism of the anonymous young boy ‘Ronald Doe’, the film follows the possession and exorcism of 11-year-old Regan McNeil (played by Linda Blair), the daughter of famous actress Chris McNeil (played by Ellen Bursty).

Despite its relatively unknown cast, The Exorcist created a global impact. From the first day of its cinema release, crowds of people lined up in the cold weather conditions to watch the film. It grossed $1.9 million in its first week of release as people flocked back to the cinema to watch the film two, three, or even four times! During the viewings, it is believed that many audience members fainted and vomited and, in some instances, experienced heart attacks and even miscarriages. However, despite its positive reception, there were some restrictions. In the UK, due to obscenity concerns, the film was not released for home video release until 1999! Twenty-six years after its initial release!

As stated previously, the film’s cinematography did affect my rating of the film. I think it’s important to remember that the use of makeup, special effects and individual camera shots and angles were extremely innovative for the time. For example, the exorcist scene was filmed in icy cold conditions with low-key lighting used so that you could see the actor’s breath on camera, which added to the authenticity of the scene. Similar, both Blair and Bursty suffered back injuries from filming stunts where they were both attached to harnesses, and their real screams of pain were used in the film.

My final say on The Exorcist is that it’s an iconic watch, especially if you’re a horror film fan, but it is not for the faint-hearted!