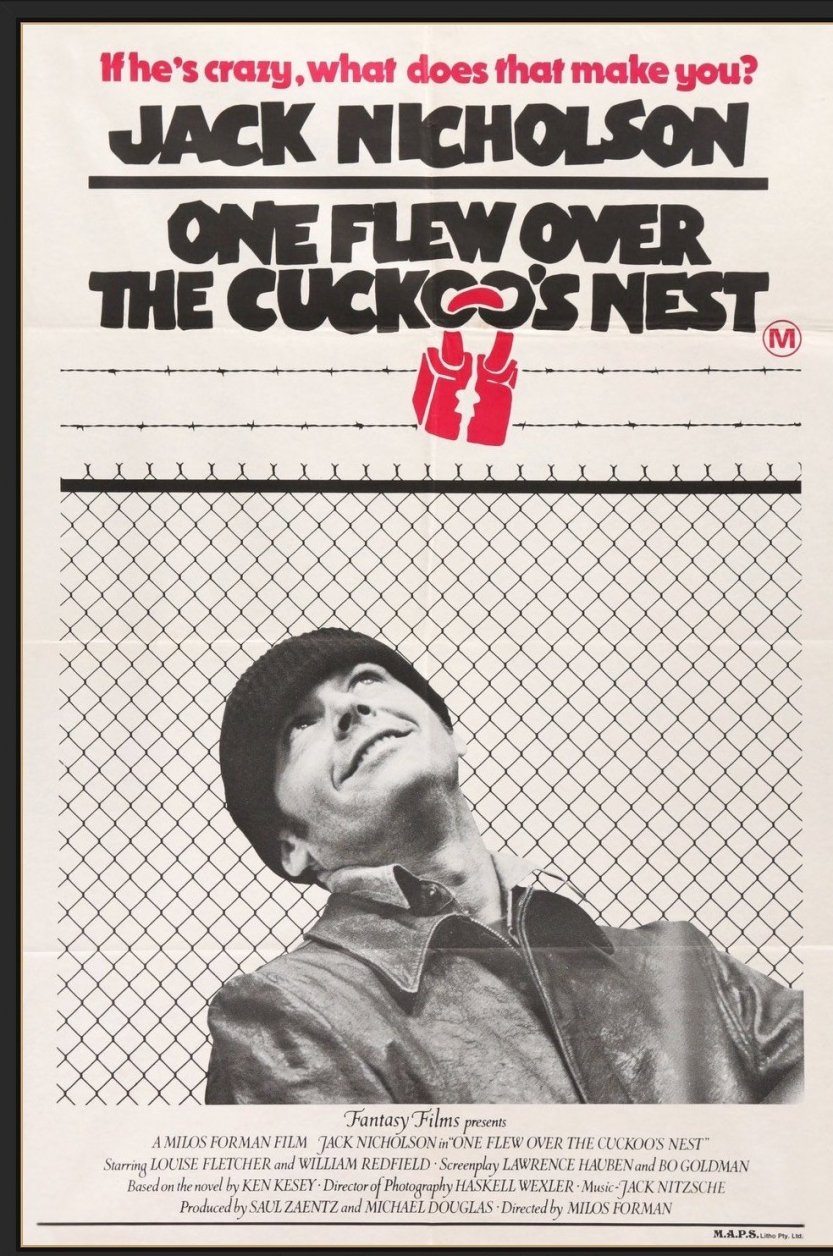 Regarded as ‘one of the greatest American films’ Jack Nicholson gave a stellar performance as Randy McMurphy in One Flew Over the Cuckoo’s Nest.

Directed by Miloš Forman the screen adaptation of the book One Flew Over the Cuckoo’s Nest by Ken Kesey, follows the story of Randy McMurphy (played by Jack Nicholson), a convict who is sent to a mental facility to evaluate whether or not he should be deemed as mentally insane.

With a critical focus on mental health in a time where the topic was seen as taboo, One Flew Over the Cuckoo’s Nest is one of few films that have successfully tackled this topic and succeeded.

Dealing with issues ranging from electroconvulsive disorder to lobotomy’s, that in today’s society are deemed as medically barbaric, this film really allows you to delve deeper into the issues surrounding mental illness. In a society where the topic of mental health is openly spoken about the film brings you back to a time where many, such as Randy McMurphy played on the issue of mental illness as they saw these facilities as being easier than jail. This film raises the question as to just how much did people (including medical staff) know about mental illness? As well as how acting “insane” to fool others can lead to dire consequences which ultimately came to pass for McMurphy.

Topping the charts as the 2nd highest-grossing film of 1975, this American drama was set in Oregon State Hospital with the hospital director, Dean Brooks playing Dr John Spivey in the film. To add to the authenticity highlighted in the novel, each actor was given a patient to shadow to help them get into character, with some of the actors even sleeping in the facilities overnight. Producer Michael Douglas claimed that it was not until later that he realised that many of the patients he had gotten to know were actually criminally insane…

Despite covering serious issues, One Flew Over the Cuckoo’s Nest is packed with light humour and exceptional acting. Jack Nicholson was cast as the main character, with his performance allowing him to secure an Academy Award for ‘Best Actor’. The inclusion of comedian Danny DeVito (known for his roles in Matilda, L.A. Confidential and the TV series Taxi) who played the troubled character of Martini meant that the film was always going to be a comedic hit. And the 6ft 7in Native American Will Sampson also known as the legendary “Chief” also gave a touching performance through his misunderstood character.

If you have not seen this American classic by now, then I suggest that you get watching! I mean, who doesn’t love a good Jack Nicholson film.