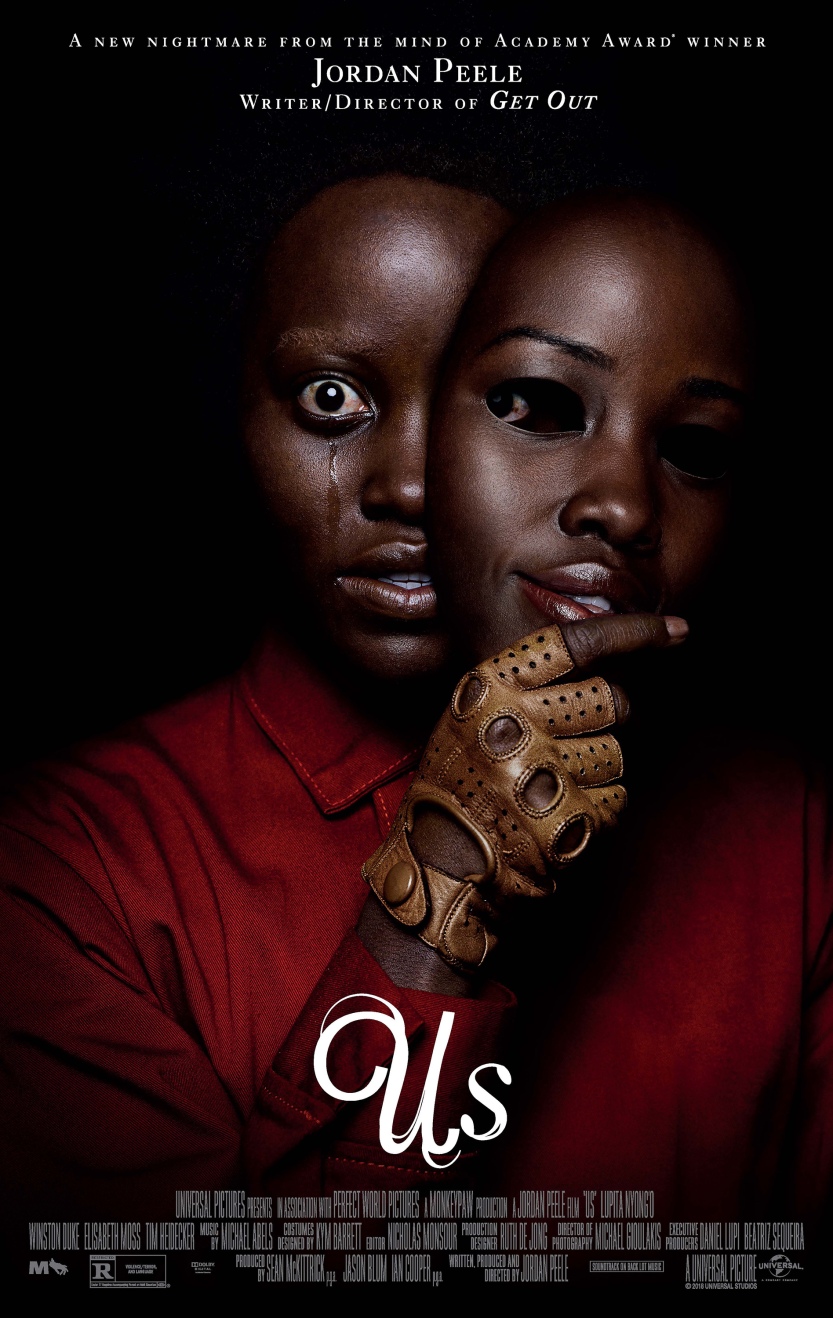 “Jeremiah 11:11 – I’m about to bring disaster on them from which they won’t be able to escape. They’ll cry out to me, but I won’t listen to them”

I’ve been waiting for this one!

After watching Jordan Peele’s first directorial creation, better known as Get Out, my mind was well and truly blown. So, when I heard he was back at it again, this time creating an out-and-out horror, I knew it was going to be something good.

When Adelaide (Lupita Nyong’o) and her husband (Winston Duke) take a trip with the kids to Santa Cruz, they are attacked by doppelgängers (referred to in the film as Tethers) who attempt to kill them in an act of revenge.

When first watching the film, my initial thoughts were that it was a fresh and new type of horror and certainly was an exciting watch. It was only when I watched it for the second time more recently that I realised that there was a lot of elements which I failed to grasp during my first viewing.

So, I sat down and thought “what was this film really about and where was Peele going with all of this?”

For this review I thought I would switch it up, so instead of talking about why I enjoyed the film so much, I thought I would give you guys my opinion as to what I think Peele was trying to get us to take away from this film.

So, what does it all mean?

So, if you guys have watched the film, you would know that the plot twist which was revealed at the closing stages of the film was that Adelaide was actually a Tether and Red was the real Adelaide!

When Adelaide met Red at the carnival as a child, the real Adelaide (known to us a Red) was dragged down to the underground and Red took her place in the real world, disguised as Adelaide. This explains why as a child, Adelaide suddenly went mute as she never learned to speak in the underground, and why Red is the only Tether that can communicate, her voice becoming raspy from when she was strangled in the ‘Find Yourself’ carnival attraction and dragged to the underground.

When Adelaide and her Tether eventually meet, Red admits that the Tethers were created as a social experiment by the government, but as the experiment was abandoned the Tethers were left in the underground. Finally, they decided to unite and take revenge. At the end of the film, we witness all of the Tethers joined together in the Hands Across America…

Upon my initial viewing, I thought that this concept was scary enough without even thinking about Peele’s potential hidden meanings. In many 21st century films, the idea of hidden meaning has extensively grown throughout film media and Peele is undoubtably a master at this.

After reading some online articles about Peele’s take on the film, he stated that he wished for the film to be watched by viewers as a simple horror, as well as allowing viewers to gain more from the plot if they looked deep enough. But after learning that the cultural and political state of the US was something which inspired him to create this film. I knew it went much deeper.

At the time of the film’s release, the situation regarding racism and police brutality was always an issue. As we have entered 2020, this issue has reached more mainstream media platforms, making this film a perfect reflection of the problems which the United States (and other countries) are facing.

What I believe Peele was trying to get us to take away from the film is this:

The Tethers are a reflection of all of those in society who have been abandoned by the hierarchy such as lower-income families, migrants, and especially black people (Peele’s key focus in this film). Noticeably, the victims of the Tethers are from middle-class households, including Adelaide and her family. The Tethers hunt for revenge is a metaphor for how, if society (a key focus being on the wealthy) continues in this way (discriminating against the poor, killing innocent black people, denouncing migrants) then eventually the oppressed will retaliate, causing havoc in the process.

Therefore, Peele was attempting to get us as individuals to look at our own actions, and realise that “maybe the evil is us”.