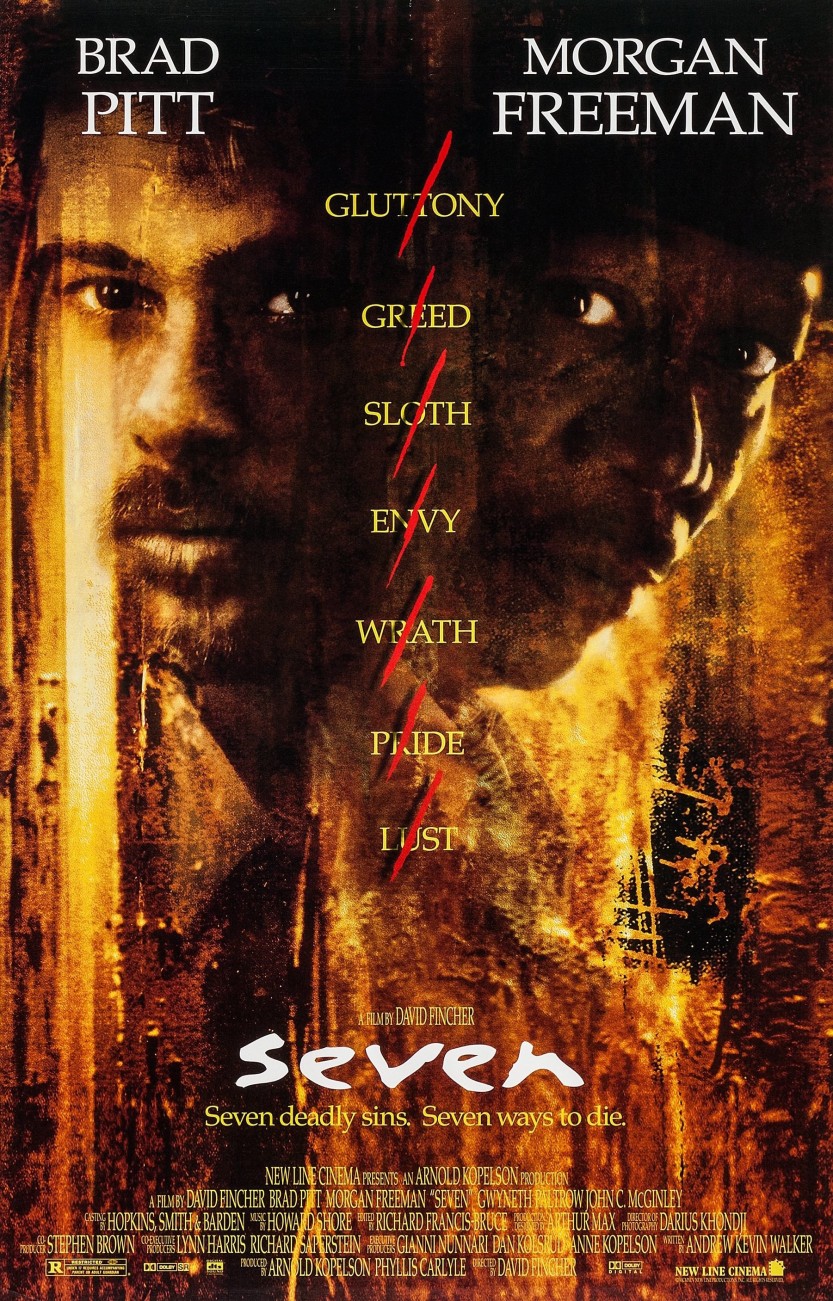 “Ernest Hemingway once wrote, “The world is a fine place and worth fighting for”. I agree with the second part.”

Se7en. Nothing less than a stroke of genius.

Starring the iconic Morgan Freeman and a young Brad Pitt, Se7en tells the tale of two detectives as they join forces to uncover a series of mysteriously gruesome deaths, each representing the seven deadly sins. Critically acclaimed as a classic with awards such as the 1996 MTV Movie Award for ‘Best Movie’ to show for it, after watching it’s clear that the brilliance of Se7en cannot be denied.

With Pitt determined to show the world his acting capabilities went beyond the depths of the mere small bit part of ‘Floyd’ in True Romance and Freeman wishing to add another blockbuster to his list, the pair gave a stellar performance in turning this crime thriller into a classic. Denzel Washington was rumoured to have regretted turning down Pitt’s role which is a measure of his performance as I doubt Denzel could have improved upon it. With scenes that could have been taken out of The Usual Suspects and the actor to match, the introduction of the neo-noir king which is Kevin Spacey is who secured this film as a classic in my eyes.

Known for his use of natural lighting, desaturated colour palettes and simplistic angle shots conveyed in films such as Fight Club (1999), The Girl with the Dragon Tattoo (2011) and Gone Girl (2014), Fincher’s cinematography did not fail to disappoint. The never-ending rain and the bleak scenes of the ‘city with no name’ strongly supported the already gritty and dark storyline of this sadistic thriller. Additionally, the much-disputed ‘box scene’ created by screenwriting novice Andrew Kevin Walker, thought to have been too sinister for cinematic viewing brought this classic to an unforgettable ending (even if the studio didn’t think so).

So, if you are looking for a beautifully scripted dark crime thriller, with an abundance of plot twists and undeniable cinematography to match, Se7en is the film for you.