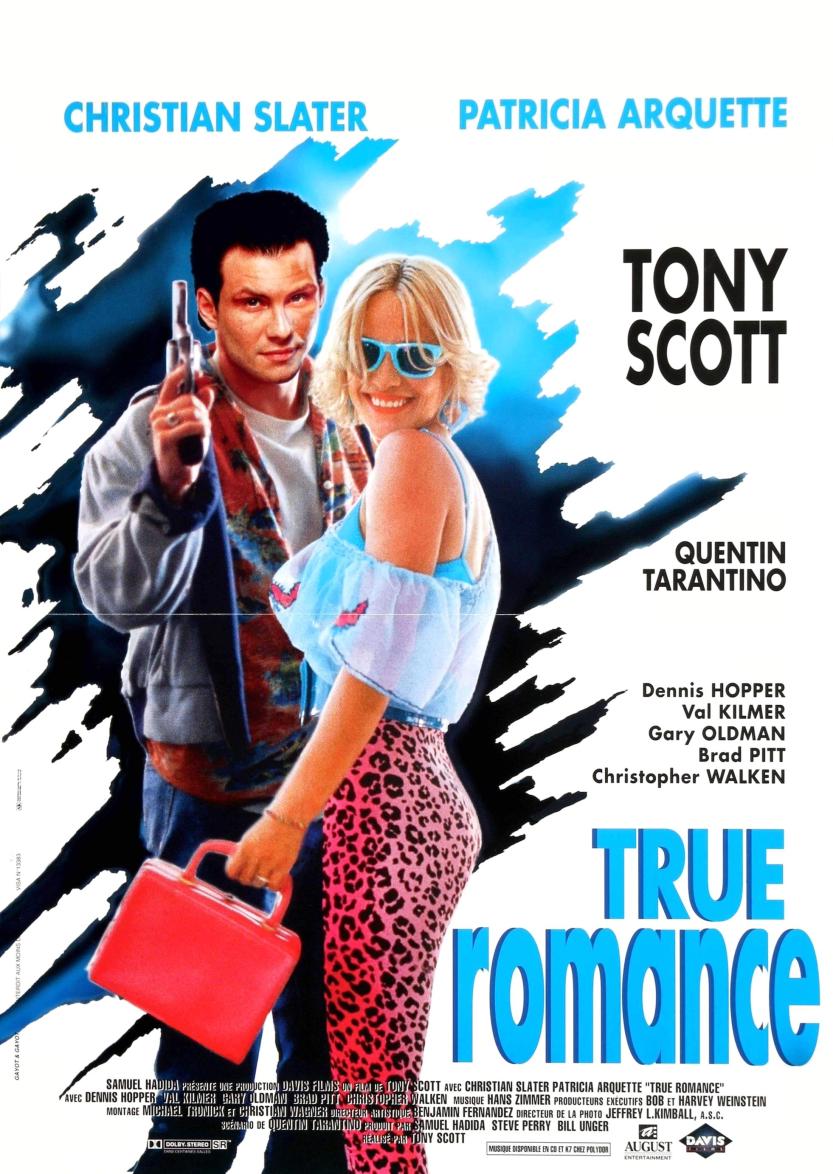 Sandwiched between the ingenious Reservoir Dogs and Pulp Fiction, True Romance is viewed as part of the cult trilogy of movies that launched Tarantino as the directing God that he is today, true but not true as the film was actually directed by Tony Scott. Following the almost love at first site interaction between the two main characters Clarence (played by Christian Slater) and Alabama (played by Patricia Arquette, recognisable from her stunning performances in Holes and The Act). The fascinating relationship between these two as they glide from scene to scene with such style and beauty, enhanced by the fact that they drive a 1974 Cadillac, caused me to lose myself thinking I was watching James Dean and Marilyn Monroe at their best.

In spite of that, for all you “bad boys” who are now thinking that this film isn’t for me remember that TARANTINO wrote this screenplay. Although adapted and directed by Tony Scott, known for his notorious creations such as Top Gun and Beverly Hills Cop 2, Tarantino’s gory violence and sinister style still remain prevalent throughout the film. Sold to Scott for $50,000 to finance the making of Reservoir Dogs, True Romance involves Clarence’s boss paying for him to get laid, stealing a large shipment of drugs from a mob, and acts of violence that belong in Scarface. All done in the best possible taste. The Sicilian scene is an example of acting genius, and the “white guy day” line had me in stitches. Don’t blink or you may miss Samuel L Jackson ‘auditioning’ for Pulp Fiction.

On the whole, this is a film for both sexes. Scott’s directing gives the film more structure, then one might expect from a Tarantino film, but if this was the one that got away on your watchlist then now is the time to correct that mistake. This is one to tell your mates about so that they can join the cult too.